This week I had the pleasure of making a few cakes, 2 of which were for my nieces.  Both have birthdays in June and had a joint birthday party this year.

They both have different interests, so we needed two cakes to reflect that.

Pop Rocks around the base

The first cake was a rainbow cake with vanilla buttercream.  It was beautifully finished in buttercream and ready to be decorated.  When I put the “drips” on, it wasn’t quite right.  So, I scraped the drips off and covered it in fondant and started again! I’ll put a pic of the scraped cake on my Facebook page soon, I thought it looked pretty awesome but not what we wanted.  The drips are royal icing, usually I would use ganache but it just wasn’t working out for me!!!

Filled with M & Ms and topped with a wafer paper flower, it ended up ok but I still wasn’t 100% happy with it.

The second cake was a paw print.

Inside were two funfetti cakes sandwiching a pink cake, layered with vanilla buttercream and filled with Skittles. 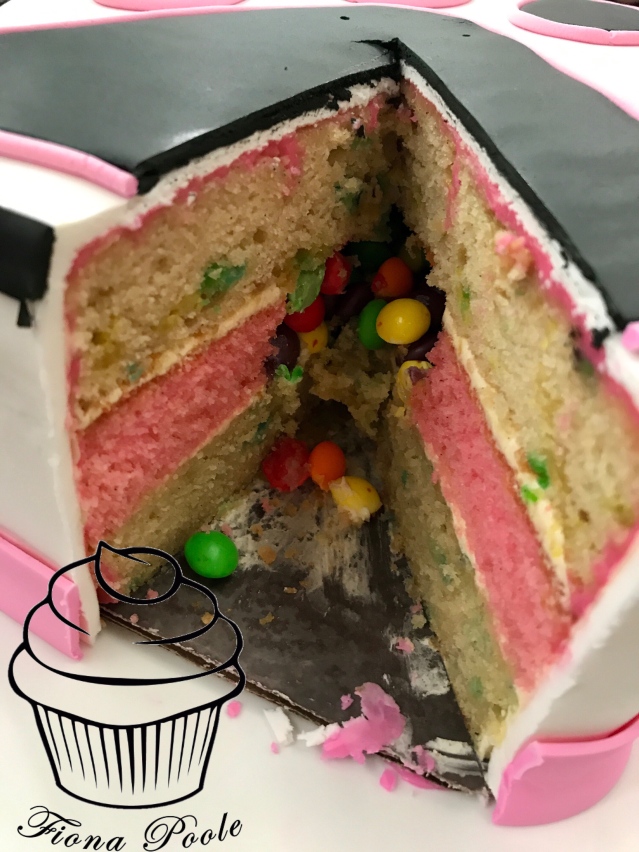 This one was topped with a few Schleich animals for the birthday girl to collect. 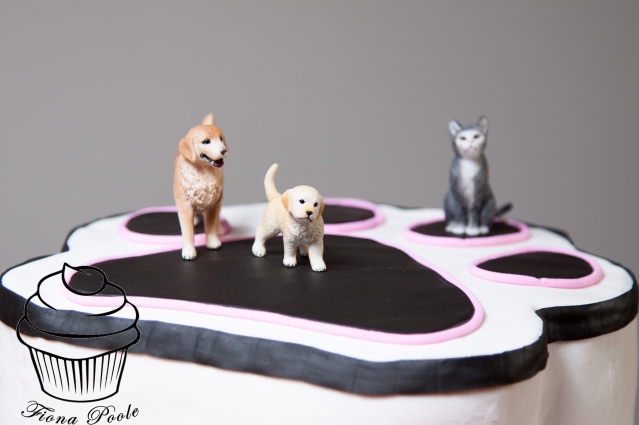