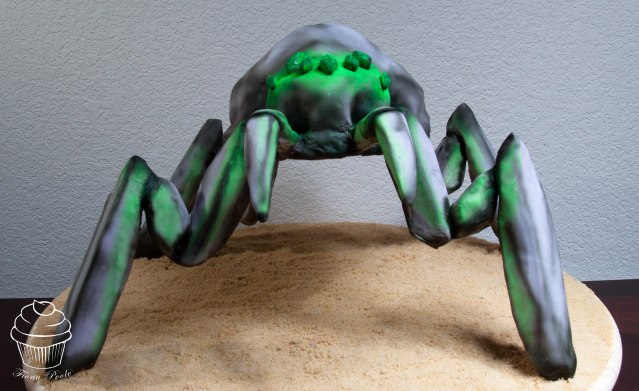 I’ve been a WOW (World of Warcraft) Widow since its release in 2004! This online game captured my husbands attention all those years ago and to add to my pain, my son has been playing for over 6 years now too!

I have no idea what it is all about, and to be honest, watching them play makes me feel queasy from all the running about. 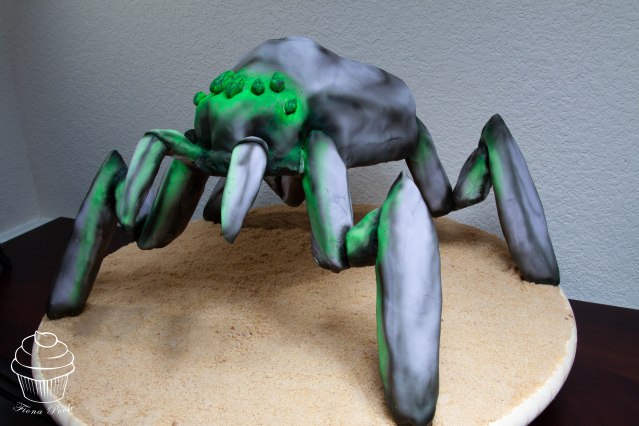 This year my son requested a green shale spider for his birthday cake.  I had no idea what he was talking about! After some explanations and a live demo in the game, I was ready to give it a try. 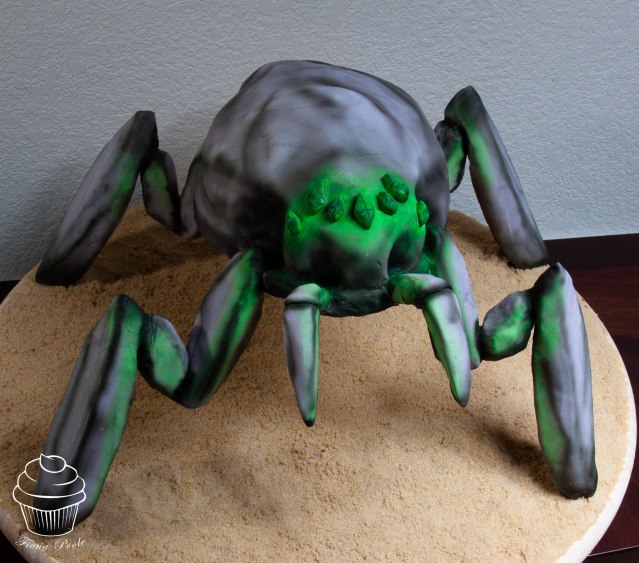 Apparently a shale spider is a tameable pet in the game that can help you battle your enemies by using his fangs! 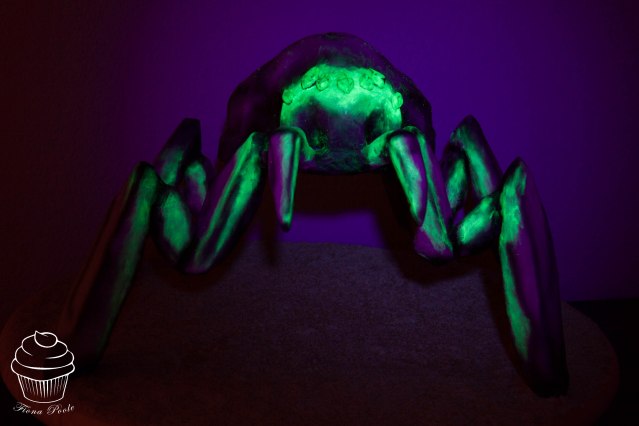 He has 4 spider like legs and 7 jewel shaped glowing eyes.  The green colour on the spider is a result of the glowing eyes.  To achieve this glow I used Rolkem Stellar Green Lumo dust. In normal light the green is a bright neon, add a black light and it really glows.  I mixed the dust with vodka to paint on the jewel eyes and used it dry to dust parts of the legs and around the head. 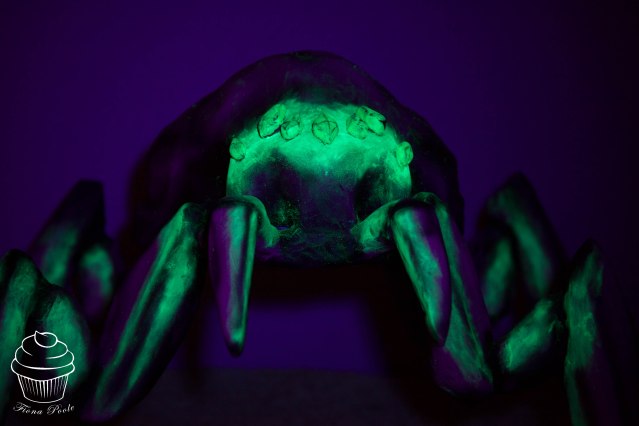 Inside the shale spider is yummy lime cake layered with lemon curd buttercream.  The board is covered with a mixture of light brown sugar and raw sugar to represent the sand in the desert of Tanaris. 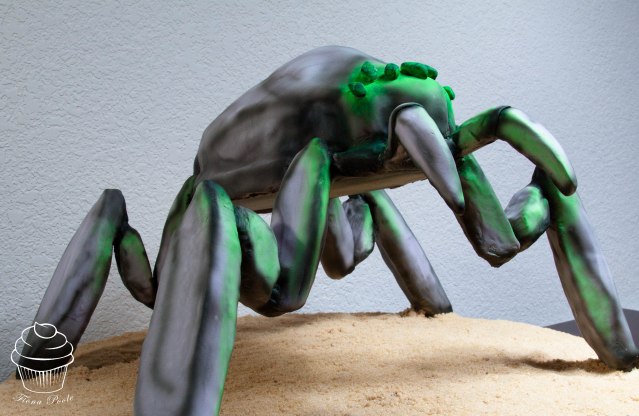