Lamingtons have always been a favourite of mine.  I remember my grandmother making them for us when we visited, and my aunt recently told me that she and her brothers used to fight over who was going to lick the icing bowl when they were kids.  I haven’t made them too often as in Australia they are readily available in bakeries and supermarkets.  Now we are here in Texas, they are no where to be found!

The lamington is a very basic cake, vanilla sponge covered with chocolate icing and rolled in coconut.  Some people use shredded coconut but I prefer desiccated.  Desiccated coconut is not easy to come by where I am currently living, but as with most things, Amazon has it.  Just between you and me, I think the delivery man is beginning to wonder about the copious amounts of parcels I receive! 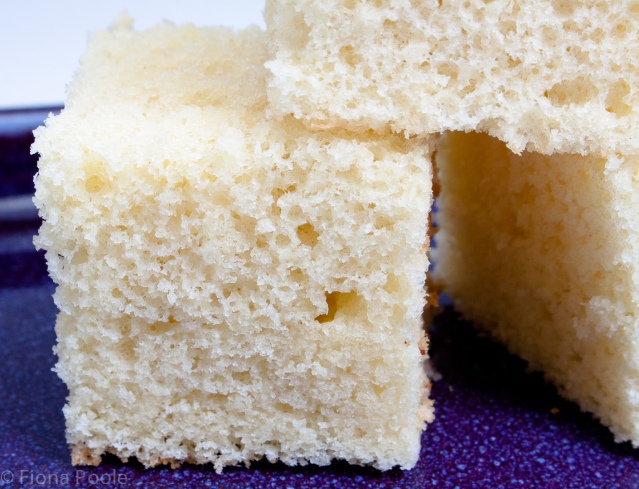 I prepared my sponge batter and icing using my Thermomix and a Thermomix recipe.  You definatley do not need a Thermie to make successful lamingtons, my grandmother certainly did not have one!  The most important thing to remember is not to over beat the mixture, it is a sponge and should be light and fluffy.  Day old sponge works well and if you are really pushed for time you could buy a sponge from the bakery/supermarket and coat in icing yourself, no one has to know!

This recipe is a good one if you are not using a Thermomix to prepare.

I put the cooked sponge into the freezer for 30 minutes or so before cutting.  This way I don’t squash the cake too much.  In addition to trimming the sides, I also trim the top and bottom of the cake before cutting into cubes or rectangles.  You can also fill the lamingtons with jam and/or cream.  Just split the sponge cube in half, spread on the filling and proceed with dipping in the icing.

As the recipe made plenty of icing, I think another batch of sponge is necessary.  The kids will be pleased as this first lot went to a friend’s place for morning tea!  Lamingtons can be frozen and don’t take too long to defrost.  I pop them in the kids lunches frozen and they are ready to eat by lunchtime 🙂